Dungeon Raiders is quick, and fun, that doesn’t take itself too seriously and allows for table conversation. - The Cardboard Hoard

Dungeon Raiders is a simultaneous action selection game that plays over five rounds, with the winner being the person with the most treasure at the end of the game -- provided they do not have the most wounds, as the most wounded player automatically bleeds out and dies, or at the very least loses the game. 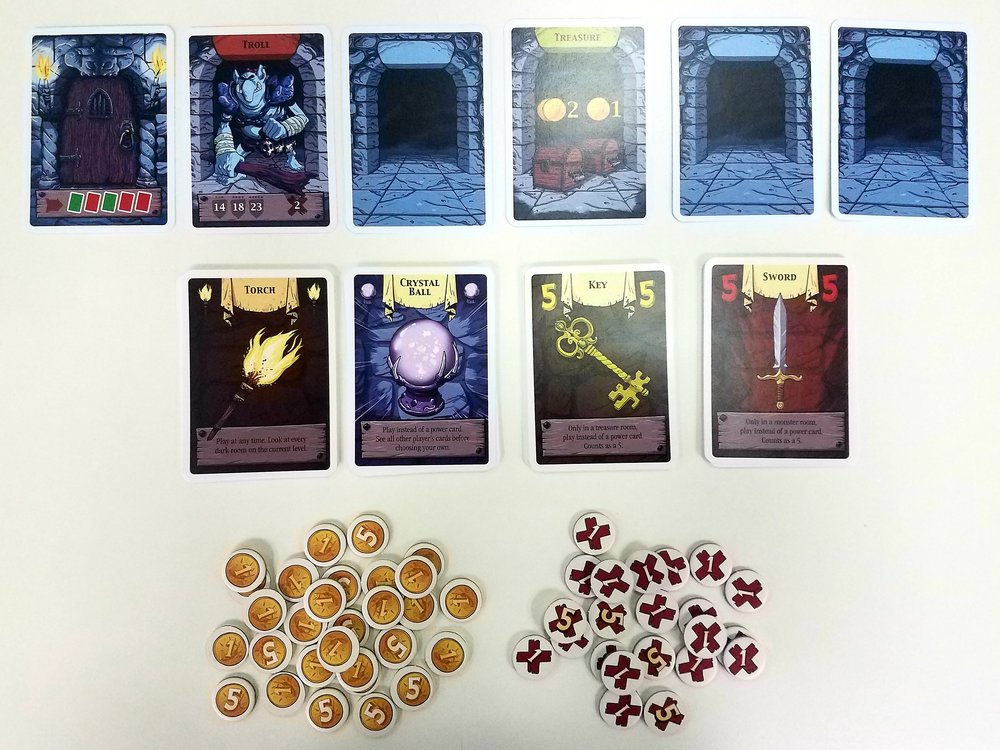 In each round, players will traverse five dungeon rooms represented by cards, facing in each of them either a monster, a trap, or an opportunity to take treasure and/or helpful items, such as torches and swords. Every players’ hand of cards each round is identical, a set hand of five cards numbered 1 through 5, and each player will play one card per dungeon room. However, each character is unique, and starts with a different amount of treasure, number of wounds, and special items -- which helps keep the decisions of which card to play from being too similar. 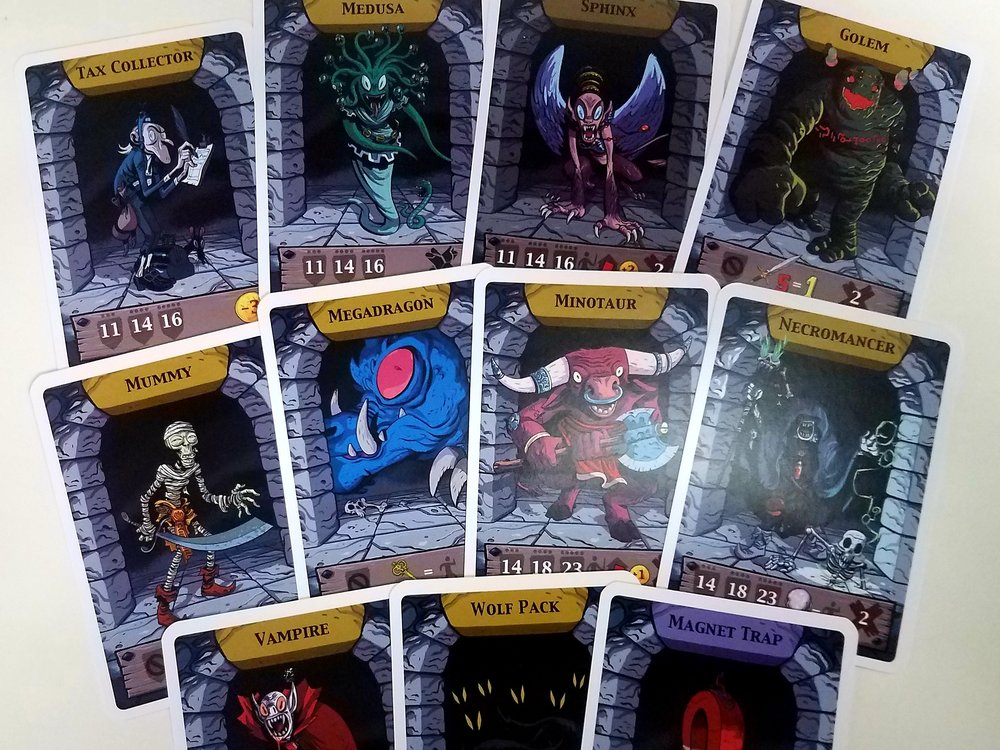 The monster cards are interesting because if players collectively play a high enough cumulative number, the monster is defeated, but if not, only the player or players that played the lowest number cards are wounded. This creates a nice tension point, as players don’t want to spend their highest cards on fighting monsters, they want to save them to gather treasure, but they also don’t want to get caught as the lowest card and get wounded, potentially eliminating them at the end of the game if they’ve amassed the most wounds.