People have been getting twisted and tangled playing Twister since the 1960's! You'll fall over with laughter as you get 'tied up in knots'!

Twister is played on a large plastic mat spread on the floor or ground. The mat is the board game. The mat has four rows of large colored circles on it with a different color in each row: red, yellow, blue, and green. A spinner is attached to a square board and serves as a die for the game.

The spinner is divided into four labeled sections: right foot, left foot, right hand, and left hand. Each of those four sections is divided into the four colors (red, yellow, blue, and green).

After spinning, the combination is called (example: right hand yellow) and player move their matching hand or foot to a dot of the correct color. There is no limit to how many can play at once!

In a two-player game, no two people can have a hand or foot on the same circle. Due to the lower number of colored circles, players will often be required to put themselves in precarious positions, eventually causing someone to fall. A person is eliminated when they fall or when their elbow or knee touches the mat. 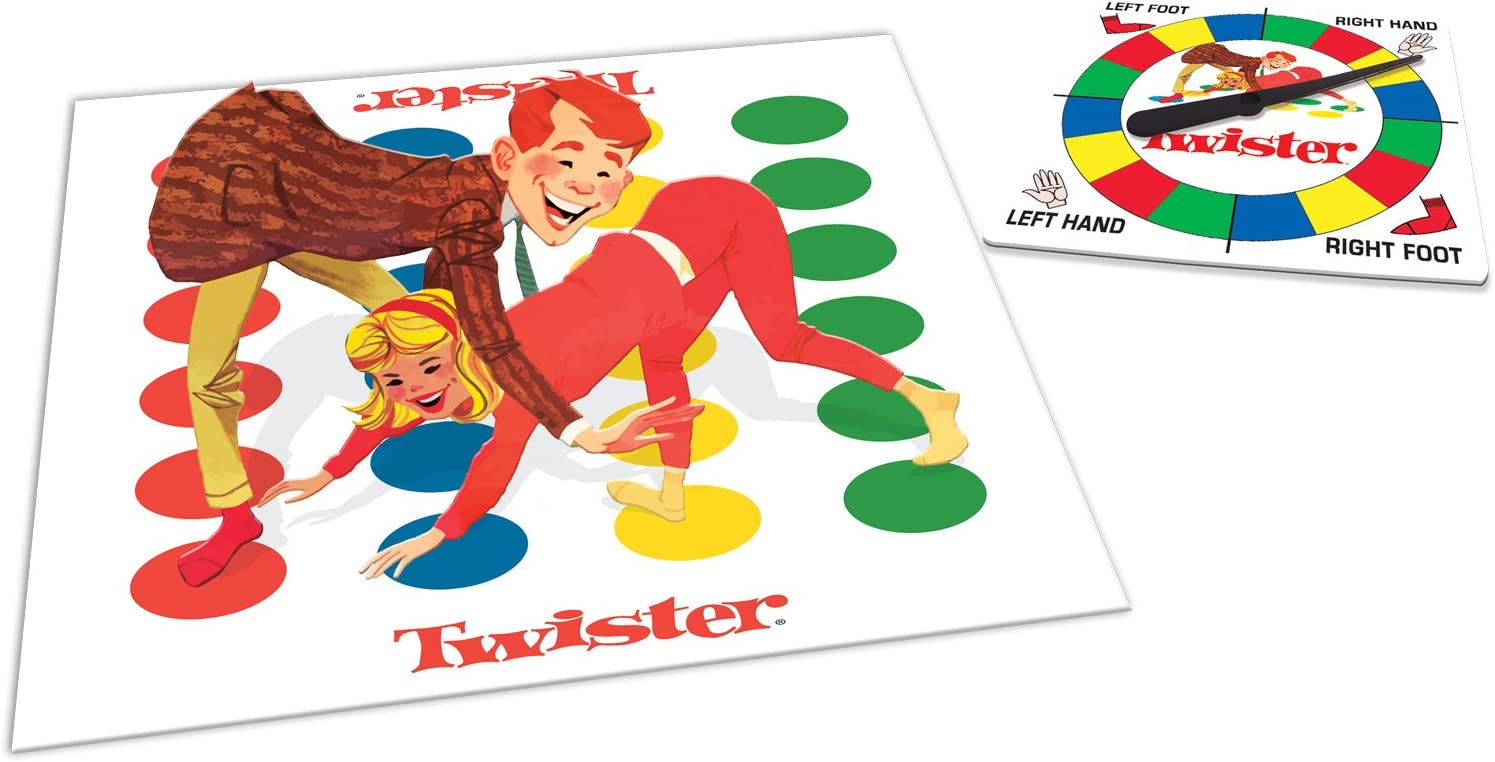